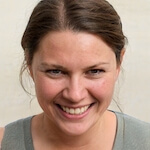 At the age of 20, Canada’s Éliot Grondin made some major waves at this year’s Beijing Olympics by coveting a silver medal in snowboard cross and almost beating his most formidable Austrian competitor, Alessandro Hämmerle, who walked away with the lucky gold around his neck. Two other Canadians also competed in the 2022 Beijing Olympics; however, Liam Moffatt of Truro, N.S. and Kevin Hill of Vernon, B.C., were both eliminated during the 1/8 final.

Maybe it’s the margin by which Grondin almost beat Hämmerle that’s so remarkable — only 0.02 seconds were splitting them between first and second place. Bronze went to Italy’s Omar Vinsintin.

Additionally, what made this race so awe-inspiringly spectacular was how it transpired — specifically the ongoing fight for victory between Grondin and Hämmerle that was evident throughout the race and considering that these two athletes are not only familiar with each other but has also developed a friendship during the World Cup tour.

Unfortunately, anyone who wanted to place a bet on this event would have been a little frustrated, as the official launch date for online gambling sites in Canada is still a few weeks away. And in all honesty, it could be months in some provinces

An Achievement for Grondin and Canada

For Grondin, climbing the podium at the age of 20 is a massive achievement, especially since he was competing against Hämmerle.

“Pretty unreal. I don’t even realize it yet I think, just to be on the podium here at 20 years old,” Grondin admitted to CBC Sports after the race.

The first time Grondin, from Sainte-Marie, Que., competed at an Olympic event was at the 2018 Winter Olympics in Pyeongchang. At sixteen, he was eliminated in the ⅛ final four, which is already a remarkable achievement for such a young athlete.

Despite being eliminated, Grondin made his mark by posting the fastest qualifying time in the field and winning each of his first three knockout-round races seemingly effortlessly.

At this year’s Olympics, he was clearly aiming for gold, and he almost made it with an awe-inspiring display of speed and skill. Grondin beat Hämmerle in the semifinals, and even during the finals, he was in the lead for quite some time until Hämmerle made a quick move about halfway in. Even with Grondin short on Hämmerle’s heels, he could not pass him again and had to settle for a breathtaking second place margin of 0.02 seconds.

Grondin is most certainly a top-class athlete. At least when he competes in the next Winter Olympics, you’ll be able to bet on sports in Ontario, Quebec, Alberta and hopefully other Canadian provinces besides!

“My first Olympic Games was in 2018. I was 16, like no expectations from my side over there. And the last few years, just the momentum that I’ve been carrying, all the experience, being on the podium last year a lot and winning my first World Cup I think was a big boost of confidence,” he said.

Fair Play. His career is taking off at breathtaking speed, and no one can blame him for wanting to keep the momentum going.

At the recent SBC Gaming Summit, President and CEO of the Canadian ...

There have been many ups and downs for the Canadian men’s soccer ...