One of the leading sportsbooks in the USA market, DraftKings, has finally completed their long anticipated Ontario launch. The company began taking wagers on May 18th, and has entered a crowded field that already has many other books scrambling to acquire customers. 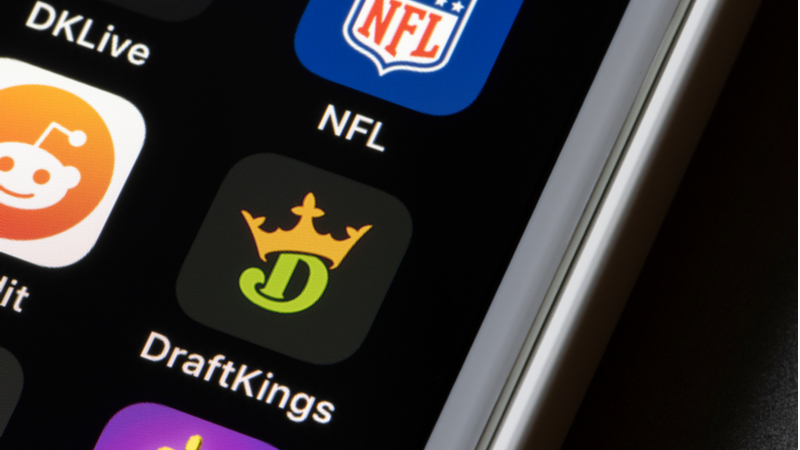 Always a matter of when, not if

It was a surprise that they were not ready to go on April 4th when Ontario officially opened legal online betting in Canada, but everyone knew they would come eventually and DraftKings has made it official and has begun taking bets in the province as of May 18th. DraftKings joins a crowded marketplace that already features their arch rival FanDuel as well as other big names like Caesars and BetMGM as well as a number of smaller local books that converted over from the grey market.

Their timing was perfect as the first all-Alberta NHL playoff series in more than 30 years is currently underway. With the entry of the USA-based behemoth, the competition becomes even more intense. They have already rolled out some valuable promotional offers, and their sleek, easy-to-use app and wide array of bets, including robust live in-game betting markets, will be very attractive to bettors who are still testing out the variety of options available to them.

Ontario daily fantasy sports players knew this was coming, but just prior to their official launch, DraftKings officially restricted players located in Ontario from playing their daily fantasy sports games. This is a result of the geo-fencing restrictions contained in the legislation that legalized sports betting in the state, making it illegal for players to compete with others located outside of the province. This is a major blow to many sports fans who have enjoyed playing daily fantasy sports at online gambling sites for years, but from a financial perspective the decision was a no-brainer for DraftKings.

All hope is not lost, as DFS players can hold out some hope that changes to the legislation will allow them to again participate in fantasy sports games in the not too distant future. Canadian Gaming Association President and CEO Paul Burns was asked about the DFS ban, and had this to say: “FanDuel and DK could still offer [DFS] but there is no liquidity permitted in Ontario in the new market, which DFS needs to be successful — they could only create pools with Ontario players. Liquidity may be permitted in the future.”

Ontario represents a very large betting market, but in spite of its size, with so many competitors in the field it is likely that not all of them will be successful. The space is wide open right now with companies fighting tooth and nail for market share, but at some point we will see some of them either fold or get swallowed up by the larger and more successful books.

Bettors will be the ones to decide, as they have an enormous number of choices in terms of odds, games offered, user interface, promotional offers, and a variety of other factors. They will determine who is successful by where they ultimately decide to place their bets.

After much back and forth, a launch date for the Ontario legal ...

Latest News
NBA Expands Ontario Presence By Partnering With Ontario Lottery & Gaming ...
As legal sports betting in Ontario continues to ...
Major League Baseball Inks First Canadian Sports Betting Partnership
Less than three months after the launch of ...
TheScore Bet Leaves US Market To Focus On Ontario
Toronto-based operator TheScore Bet has announced that they ...
DraftKings Goes Live In Ontario
One of the leading sportsbooks in the USA ...
The Oilers and Flames Face Off in the Stanley Cup Playoffs
Round two of the Stanley Cup Playoffs are ...
News Categories
More recent news
All articles on GamblingGuy
Slot Provider
GamblingGuy.com/ca is available in the following countries:

Up to
200$
96/100
Get Bonus
T&Cs apply, 18+
×
Your Bonus Code:
The bonus offer was already opened in an additional window. If not, you can open it also by clicking the following link:
Visit Site