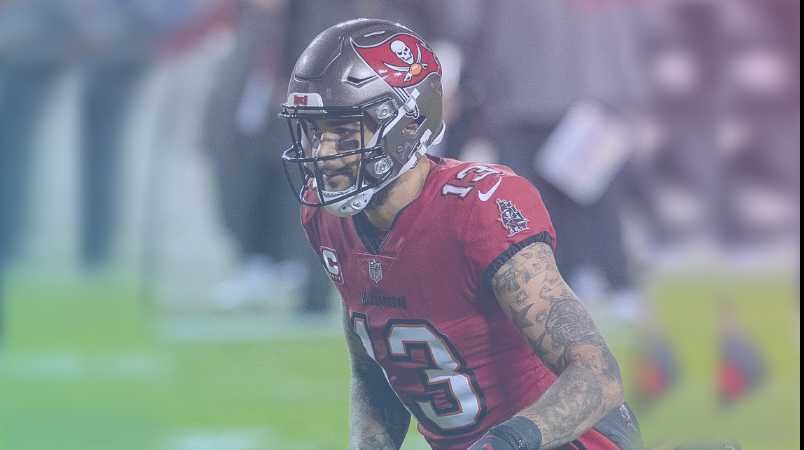 Just like two seasons ago, the Tampa Bay Buccaneers aim to end as the Super Bowl champions again this season. With the return of star quarterback Tom Brady and the trio of Pro Bowl wide receivers Mike Evans, Chris Godwin, and Julio Jones, the Bucs are in a very good position. This time we will focus on Evans’ role for the upcoming new season.

Evans has finished in the top 22 of point-per-reception (PPR) rankings in every season of his career, so fantasy football rosters expect him to continue this trend in 2022. While Evans’ value never really declined, it did take a slight dip following Tom Brady’s retirement. However, Evans is a QB-proof alpha wide receiver ready to prove himself again this season.

Due to Brady’s unretirement and the Buccaneers’ re-signing of Godwin this offseason, Evans’ value rose back up to the levels it was when Brady was the quarterback, making him a huge asset for whichever team decides to sign him this season.

The former Texas A&M Aggie has eight years of WR22 fantasy football ranking or better numbers that demonstrate not only his ability as a player but also his scheme-proof and QB-proof capabilities.

Even as injury concerns have begun to surface, consistency has been a hallmark of Evans’ career. The 2016 season saw him finish as overall WR2 (in PPR format). Evans has been reliable whether quarterbacks Ryan Fitzpatrick, Jameis Winston, or Brady throw the ball.

Even though Evans is 28 years old, his fantasy football value will increase for the 2022-23 season. As long as he is able to keep his legs in shape and avoid injuries, Evans will continue to play a significant role in Tampa Bay’s offense.

For Evans, there are two factors that are working in his favor—Rob Gronkowski’s impending retirement and Godwin’s return from the ACL injury he sustained last season. Since Gronk retired and is unlikely to return, those 88 vacated targets will have to go somewhere. However, it is unlikely that all of them will go to Evans.

Whether Godwin returns to the team depends on how well he responds to offseason work, which seems to be going well so far. Evans remains Brady’s top target due to Godwin not being placed on the PUP list at the moment.

There will be some frustration for fantasy football teams with the signings of Jones and Russell Gage. Even so, neither option compares to Evans’ caliber of player. Despite the fact that both newcomers will have more responsibility this season, especially when Godwin returns, Evans won’t have to worry about seeing either Gage or Jones in WR sets.

In the meantime, Evans hasn’t shown any signs of slowing down. It is imperative to consider, however, that once WRs reach their prime age, their bodies begin to deteriorate, just like pretty much every other fantasy football player.

Since entering the league in 2014, Evans has dominated his position. His receiving yards have been at least 1,000 every season, a record for the most consecutive seasons with four-digit receiving yards to start a career.

The probability of Evans putting up another 100+ target, 1,000+ yard, and 6+ TD season is higher, considering Brady’s preference for targeting him heavily. Look no further than Evans and his eight consecutive top-22 finishes before Round 5 of your fantasy drafts.

Fantasy football is a game in which the participants serve as owners and general managers of virtual professional American football teams. (wikipedia)

In many fantasy football 2022 drafts, Harris is regarded as the best ...

There are still two months until the start of the NFL season, ...