NFL relocates Bills’ game against Browns in Detroit due to storm Originally scheduled to take place in Orchard Park, New York, the NFL game between the Cleveland Browns and the Buffalo Bills has been moved to Ford Field in Detroit. The NFL notified the media shortly after 4 PM on November 17 that the game would be moved. As originally scheduled, the kickoff will take place at 1 PM.

Ford Field is a dome-shaped stadium. With the switch in sites, the Bills will be playing back-to-back games in Detroit, one as the home team, and the second as visitors when the Bills face off against the Detroit Lions in a Thanksgiving Day game on November 24.

“Due to public safety concerns and out of an abundance of caution in light of the ongoing weather emergency in western New York … the decision to move the game from Highmark Stadium in Orchard Park, NY was done in consultation with the Buffalo Bills and local and state authorities as the region prepares for the storm,” the NFL announced in a statement.

There will be more details about tickets for Sunday’s game in Detroit, as well as other game-day information. Fans with tickets for the originally scheduled Orchard Park game will receive information from the Bills.

Since November 16, the Browns have been developing contingency plans in the event of the game being moved. This will eliminate the need for two game plans for snow and dry conditions.

“We have contingency plans for both,” offensive coordinator Alex Van Pelt said on November 17 prior to the NFL announcing the game would be moved. “Obviously, we have a plan for good weather. If the band stays south or north and it’s not a bad day, then good.”

Van Pelt also said that if they do relocate somewhere else, it will be good as they will be ready for both conditions. He claimed that it was thanks to COVID years that they have become “very flexible and used to adapting and adjusting to any circumstances that come up.”

The Bills are 6-3, but they have lost their last two games. This means that in the second year of the NFL’s 17-game schedule, they will now play 10 “road” games instead of nine. The Browns are now 3-6, and they have lost four of their last five games.

With input from the Bills and New York state officials, the NFL decided to move the game indoors after the two teams both reside in a wintry climate and a Lake Erie shoreline.

In southern Erie County, including Orchard Park, the National Weather Service issued a lake-effect storm warning through Saturday morning. There is a possibility of power outages as a result of the storm, which will bring wind gusts of up to 35 mph from Lake Erie.

The Bills and safety officials made it clear to the NFL that they didn’t want to take resources away from what is expected to be a major clean-up effort, even though the forecast for Sunday calls for light snow and gusty winds.

The Bills have previously moved to Detroit because of the weather. In November 2014, they made a similar trip to Ford Field when they defeated the New York Jets 38-3. The game was also delayed a day to accommodate travel for both teams.

In Week 7, the Dallas Cowboys will host the Detroit Lions at ... 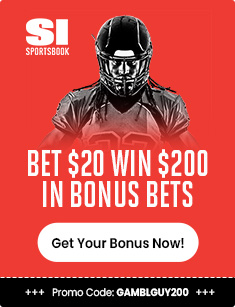 As the NFL Week 6 games approach, several players are expected to ...

The Cleveland Browns will meet the Atlanta Falcons this Sunday at the ...

Latest News
What Are Stake.us Sweep Coins and How to Get Them? – December 2022
You’re probably aware that Stake.us is a social ...
Play Video Poker on Stake.us Today! Use Free Gold Coins – December 2022
There’s a huge amount of luck involved when ...
NFL: Washington Commanders vs New York Giants picks and predictions
With an overall record of 7-5, the Washington ...
MMA coach James Krause suspended, fighters banned from UFC events
The UFC announced Friday that fighters who remain ...
Everything You Need to Know About the Stake.us Weekly Bonus [Month] [Yyyy]
Another day, and you can guarantee Stake.us will ...
Top Online Casinos
Top Casinos Bonuses