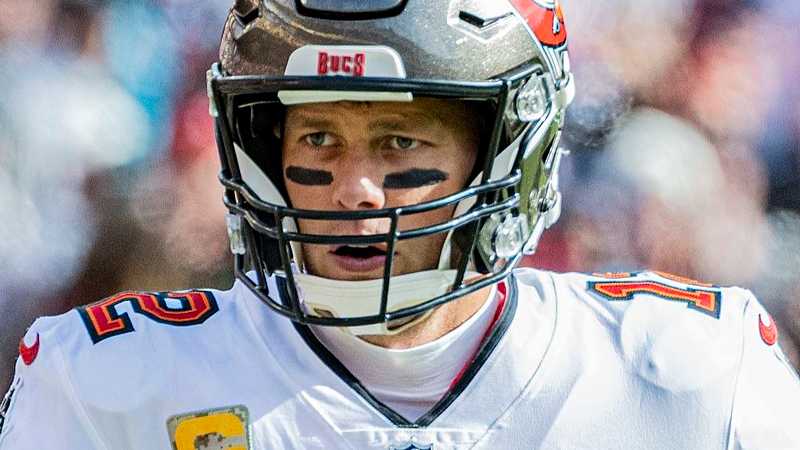 The Tampa Bay Buccaneers will be up against the Dallas Cowboys in their season opener in Week 1 of the 2022-2023 NFL season, with the Buccaneers being favored to win the game.

As Tom Brady returns, the Buccaneers are predicted to win against the Cowboys. The Buccaneers were also making their move this offseason by adding wide receiver Julio Jones, as an addition to their wide receivers depth chart, which included Mike Evans and Chris Godwin.

Meanwhile, the Cowboys, who did not make any major player addition, lost two of their important players, namely La’el Collins and Amari Cooper.

Taking into account of both teams’ roster situations, DraftKings Sportsbook predicted the Buccaneers to win the matchup against the Cowboys, with spread odds at -2.5 (-115), moneyline -140 and over/under is under 50.5 for the Bucs.

Sean Barnard of Clutch Points gave his predictions about Brady’s performance against the Cowboys.

Barnard asserted that Brady will likely throw for 350 or more passing yards. Despite there being doubts surrounding Brady this season, Barnard expected that the 45-year-old player could make an impact by taking advantage of his past performances.

Brady managed to throw a minimum of 350 passing yards in seven games last season, including the Buccaneers’ Week 17 matchup against the Cowboys. Therefore, Barnard is of the opinion that Brady will record the same accolades as one of the valuable players for this Sunday’s matchup.

In 2021, the Cowboys were ranked 18th in the NFL in yards allowed by averaging 350.4 passing yards allowed per game. In addition, Mike McCarthy and his personnel ranked as the top three in terms of passing yards in a game when allowing 445 yards to the New England Patriots.

In terms of offense, despite being a threat for the opposite team, Cowboys receiver Trevon Diggs is viewed as an “incredibly vulnerable” player who tends to lose momentum on big plays when having a matchup.

Last season, Diggs ranked first by allowing 1,068 coverage yards which, according to sources, was the highest in the league.

On the other hand, Barnard predicted that Brady will likely tally passing touchdowns to three different Buccaneers’ wide receivers.

Godwin, who was recently activated from the injured list after recovering from a torn ACL, could be listed on the Buccaneers’ roster for this Sunday’s matchup.

Barnard expected that Brady to spread his passes to involve the wide receivers unit. In 2021, both Godwin and Evans had over 1,000 receiving yards as Brady’s main passing target.

In addition for Jones, Barnard predicted he will likely get his opportunity to become an additional red zone threat.

Moreover, according to Barnard, Brady could get himself sacked three or more times against the Cowboys’ pass rushers. A contributing factor would be the Buccaneers’ lack of healthy offensive linemen.

With the absences of several offensive tackles, Barnard expected Brady to throw a quick pass to prevent himself from getting sacked by Cowboys defensive linemen, otherwise, the Cowboys could secure three sacks on Brady.

Thomas Edward Patrick Brady Jr. is an American football quarterback for the Tampa Bay Buccaneers of the National Football League . He spent his first 20 seasons with the New England Patriots, (wikipedia)

The Tampa Bay Buccaneers are a professional American football team based in Tampa, Florida. (wikipedia)

On Saturday night, the Dallas Cowboys and the Denver Broncos will square ...

Just like two seasons ago, the Tampa Bay Buccaneers aim to end ...