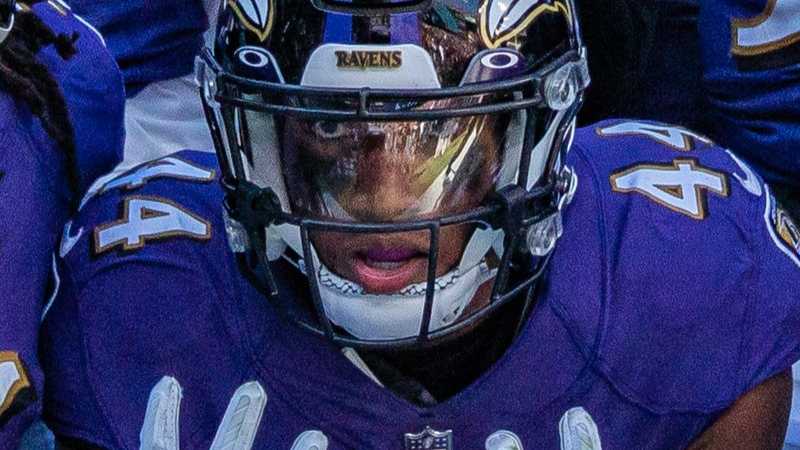 This week, the Baltimore Ravens are set for the 2022 NFL regular season game against the Miami Dolphins. The Ravens are favored to win the game by several sportsbooks, including DraftKings Sportsbook.

The Ravens-Dolphins game will be held at M&T Bank Stadium in Baltimore, Maryland, and DraftKings Sportsbook provides a moneyline odds for the Ravens at -180. Meanwhile, the Dolphins as the road team are sitting at +155.

In the previous game, the Ravens showed dominance over the New York Jets with a 24-9 victory. However, they lost cornerback Kyle Fuller, who tore his ACL.

The Dolphins also managed to secure a 20-7 win over the New England Patriots.

Facing the upcoming matchup, the Ravens quarterback, Lamar Jackson is expected to show impressive play as he did against the Jets, according to DraftKings Nation.

Moreover, DraftKings Sportsbook predicted that the Ravens would cover with a -3.5 against the spread for the game against the Dolphins.

After winning the season opener against the Patriots, the Dolphins will likely maintain several strategies. Their main signal-caller, Tua Tagovailoa is set to play as starting QB against the Ravens, while RB Chase Edmonds and WR Tyreek Hill will likely play as main threats in the rushing and passing offense.

In the last game, Tagovailoa threw 23 completions out of 33 passing attempts for 270 yards and tallied one touchdown. He finished the game with a 104.36 overall passing rating.

Edmonds, who played from the start, carried the ball 12 times for 25 rushing yards, while Hill, who was Tagovailoa’s pass main target, claimed eight receptions for 94 receiving yards. Both of them finished the game with no touchdown.

Cameron Wolfe
Terron Armstead officially listed as questionable with his toe injury. No certainty but there’s hope Armstead play thru it to go Sunday vs. Ravens. Dolphins will already be down one OT with RT Austin Jackson on IR. https://t.co/rRdY9CazFt
15 0

The Dolphins’ 20 points finish was a similar performance to last year’s season average that placed them 22nd in the league.

Against the Patriots, the Dolphins recorded 307 total yards, with 242 passing yards and 65 rushing yards. In that game, Miami also picked up an ATS win, with a point spread of 3.5, and both the Patriots and the Dolphins combined point total of 27 remained below the betting line of 46.

In their recent winning game against the Jets, the Ravens had themselves covered the spread as -6.5 point favorites. Both the Ravens and the Jets combined scoring 33 points fell below the posted betting line of 44.

Last season, the Ravens finished 17th in the league in scoring. Their 24-point performance against the Jets was recorded as a slightly above-average performance from last season.

Facing the Jets, the Ravens finished the game with 274 total yards divided into 211 passing yards and 63 rushing yards. Jackson, who played as the main QB, threw for 17 out of 30 pass completions (56 percent) for 213 yards and three touchdowns.

Marlon N. Humphrey is an American football cornerback for the Baltimore Ravens of the National Football League . He attended Hoover High School, (wikipedia)

Marcus Peters is an American football cornerback for the Baltimore Ravens of the National Football League . He was drafted by the Kansas City Chiefs in the first round of the 2015 NFL Draft. (wikipedia)

On Sunday, October 2nd, the New York Jets will play an away ...

The Baltimore Ravens will play the New England Patriots in an NFL ...

The New England Patriots will start the NFL regular season as the ...

Some experts argued that the future will be bright for the Baltimore ...

According to Deadspin writer Jon Hoefling, he predicts the New York Jets ...