The Video Assistant Referee was always supposed to aid the on field referees in clearing up incidents that were tough to get right at first glance. The first iteration of the VAR system in the English Premier League gave us a tediously boring process whereby several minutes were taken to try and get offside calls correct to the absolute minute millimeter. Thankfully, we have moved on from trying to get everything to its perfect detail and have now gone back to allowing the referees to do their job without so much intervention. 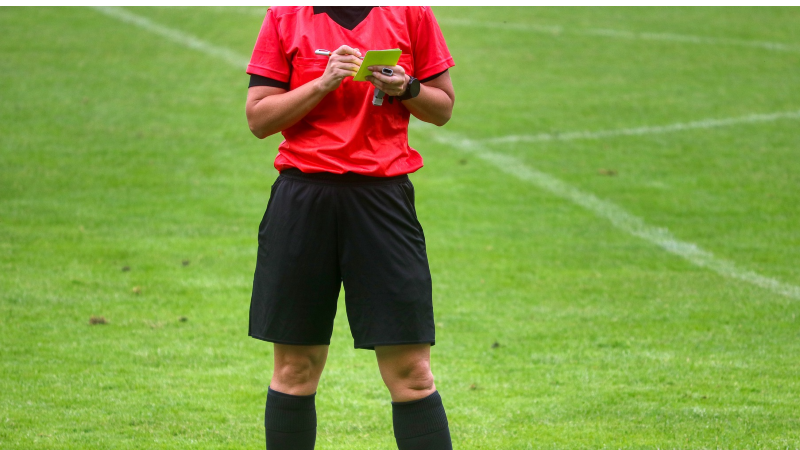 This has made for a mostly positive change from the previous season, the game certainly flows a lot better and there are far fewer stoppages where the refs need to check in with their VAR partner. This does not mean that this season has been without its problems and the biggest of these problems has been consistency from both the on-field referees and the VARs themselves. The feeling from players and fans alike culminated in what was to be a fairly controversial weekend of Premier League football.

Two games in particular took the spotlight in this regard and it’s little surprise that they were the two biggest matches of the Premier League game week in Arsenal vs Manchester City and Liverpool vs Chelsea.

A weekend to forget for officials

Firstly, the Arsenal and Manchester fixture saw two big moments that couldn’t sum up the problem of consistency any better. There were two penalty appeals where one was given and the other was not. The first penalty shout came for Arsenal as Martin Ødegaard was seemingly fouled by City goalkeeper Ederson. There were loud appeals for a foul that referee Stuart Attwell initially waved away. He had word from the VAR in his ear that he didn’t deem it a foul. There were calls for Atwell to go and look at the pitch side monitor himself but he ultimately went with his VARs call. Fair enough.

The issues rose when more minor calls were going against Arsenal and the crowd became more and more hostile. It was when referee Stuart Atwell gave Man City a penalty where tempers really flared. Atwell gave the penalty, spoke with the VAR and unlike the first penalty call for Arsenal, he ran over to the pitch side monitor to give it another look himself. The penalty was given and City found their way back into a match where they were largely being outclassed. And therein lies the problem. The lack of consistency from referees. These two instances were not all that different so why did Stuart Atwell not go and check the pitch side monitor for the Arsenal penalty shout? No one can say for sure right now but this was not the first time that an incident of inconsistency like this has happened this season. You only had to watch the Chelsea vs Liverpool game in the same weekend to see the lack of clarity and consistency between referees and the VAR they use.

Where VAR goes from here

Well, VAR won’t be changing mid-season, that much is clear. Even if it would though, what would really have to change. Are players and fans looking for more accountability when it comes to refereeing errors? Comparisons have been made to managers, coaches, players and even wayward fans who make mistakes and errors and are subsequently published for them. There are more than murmurs floating around about the untouchability of the referees in the Premier League. Perhaps if players and fans can’t get the consistency that they are looking for, they could perhaps at least see some retrospective action taken to show that referees are not above being criticized or punished by the FA.

What we absolutely don’t want to see with this issue is a manhunt of the Premier League referees. The correct steps will need to be taken to appease the teams and their fans but being a referee in the best league in the world is undoubtedly stressful. The situation will need to be handled with care and finesse. Let’s not forget, most fans and teams have largely been happy with the direction that VAR has headed in this season, so there is no need to throw the baby out with the bathwater as it were.

It never quite feels right when there isn’t some controversy happening in ...